Meaningful Metaphors for Advent and Christmas

Many meaningful metaphors are used in scripture to illustrate the mystery of God’s ways (i.e. the God we Christians worship, the God who acts and speaks for himself, the God who has chosen to make himself known in ways that are strange and surprising to us). In his sovereignty, the true and living God – the God of creation, the God of salvation – decided to bridge the gulf between himself and us by coming into this world of time and space (the kind of time that can be measured, “tick-tock” time or “chronos” time, and the kind of space that can be measured in terms of the dimensions we call length and width, height and depth). The Bible tells us that this happened in the “fullness of time” (i.e. “kairos” time or time determined by God that cannot be measured by humankind; see Acts 1:6-7 and Galatians 4:4-5), from beyond the boundaries of time known to us who live on planet earth, from another dimension called eternity (i.e. the eternal “NOW” where there are no boundaries such as calendar time, past, present, and future, where there is no beginning and end, no height and depth).


There is One who is the “Alpha and the Omega,” or the “beginning and the end” of all things (Isaiah 44:6). The One “who was, who is, and who is to come, the Almighty” (Revelation 1:8) is also the One who was “in the beginning” or the Logos, which means “the Word.” And “the Word was with God, and the Word was God…the Word became flesh and lived among us, and we have seen his glory, the glory of the Father’s only Son, full of grace and truth” (John 1:1-2, 14). The Apostle John is telling us this One was eternal, not a created being or a creature of time, but One who was “in the beginning” (compare Genesis 1:1), eternally personal (“with God”), and always Divine (“was God,” not became or created, but possessing all the attributes of God). We are talking about the ETERNAL CHRIST. Therefore, we should not really say “was” when speaking of the One who had always been God (i.e. the same in substance as God the Father and the Holy Spirit; one God revealed to us in three persons). We should really say “is” when speaking of the Eternal Christ, who became the historical Jesus, the One “born of woman” (Matthew  1:18-23, Galatians 4:4). We should always say Jesus is. Jesus IS “the same yesterday, today, and forever” (Hebrews 13:8). Jesus IS Lord! Jesus IS “the way, the truth, and the life” (John 14:6). Jesus IS “the resurrection and the life” (John 11:25). Jesus IS “the Good Shepherd” who “laid down his life for the sheep” (John 10:11).  Jesus IS “the light of the world” and whoever follows him “will never walk in darkness” (John 8:12).

Light and darkness are two of the most meaningful metaphors for the season of Advent (the four week season on the church calendar preceding Christmas). These weeks are preparatory and anticipatory as we look forward to the coming of Christ or “God with skin on” (John 1:3-9), the miracle we celebrate during the Christmas season. In the prologue to his gospel, John tells us Jesus was the agent of God in creation, that “All things came into being through him, and without him not one thing came into being…In him was life, and the life was the light of all people….the light shines in the darkness, and the darkness has not overcome it…The true light that enlightens everyone was coming into the world” (John 1:3-5 and 9). What an incredible event! The most extraordinary happening since the dawn of creation! The most amazing of all miracles recorded in biblical history: the actual “incarnation” of God. God was born as one of us so that we might be “born again” (i.e. born a second time, “not of blood or of the will of the flesh or of the will of man, but of God,” of “the Spirit of God” or “born from above” – John 3:3-8).

Notice the words “from above.” Perhaps this explains why people often speak of God as “the man upstairs,” which is misguided and confusing language, to say the least. In the first place, we should not think of God as a man. Is it because the Bible ascribes to God man-like characteristics (i.e. “anthropomorphisms” such as the right hand of God, the all-seeing eye of God, God watching, or God standing)? The simple truth is that language has its limitations. God is far beyond any terminology we use in reference to his nature, attributes, power, and sovereignty. In fact, even to speak of God at all can be a presumptuous thing. Furthermore, it can be dangerous! It is so easy to be guilty of taking God’s name “in vain” (Deuteronomy 5:11), which is blasphemy, a terrible and grievous sin. In this age, when such loose and ludicrous language is used in reference to God, it is obvious that multitudes of people do not understand that how we speak of God can indeed be a terrible thing. Some Hollywood starlet spoke of the Lord as “a living doll.” There is a frightening divine-human chumminess in the language so many people use when speaking of their relationship with God. It is common to humanize God, to pull God down from his throne, and to create God in our own image, just as there is a tendency to deify man and to minimize sin, including the sin of idolatry such as celebrity worship (worshiping entertainers, athletes,  politicians, and religious leaders who have betrayed their sacred vows). In recent years, the auras that surrounded many prominent public personalities have faded, or become terribly tarnished, because of scandals. From abuse of power to the betrayal of trust, sexual abuse, domestic/family violence, dishonesty and fraud, the lack and loss of integrity amongst celebrities is a prevalent issue in our culture.

The lessons of Advent and the message of Christmas are more important than ever. God did not wait to be discovered; God made himself known. The initiative was with God. Because God’s own people were guilty of blasphemy and idolatry (i.e. spiritual adultery, the worship of other little “g” gods, including the love and exaltation of self), God chose to reveal himself most fully in the person of the historical Jesus, “the Christ” (i.e. the “Messiah”, in whom the “fullness of God” dwelt “bodily” — see Matthew 16:16; Philippians 2:5-11; Colossians 1:15-19 and 2:9). So, if you really want to know what God is like, look at Jesus! If you really want to know what God expects of us, look at Jesus!  If you really want to know how to speak of God, it is best to listen to God first, for God has spoken to us in the person of his unique and solitary Son. The Christ came into this world as the voice of God calling out to us, as the hand of God reaching out to us, as the heart of God throbbing out for us, as the very person of God clothed in the garment of human flesh, that we might see and hear and know in Christ Jesus what God is really like. He came into this world as the “life and light” of God (John 1:4), to reveal to us the living God, the giver of life, and the One in whom “there is no darkness at all”, so that “we might have fellowship with him” and be able to “walk in the light” rather than walking in darkness (1 John 1:5-8). However, in his gospel, the Apostle John warns us that there will always be those who “…love the darkness rather than the light, because their deeds are evil” (3:19). 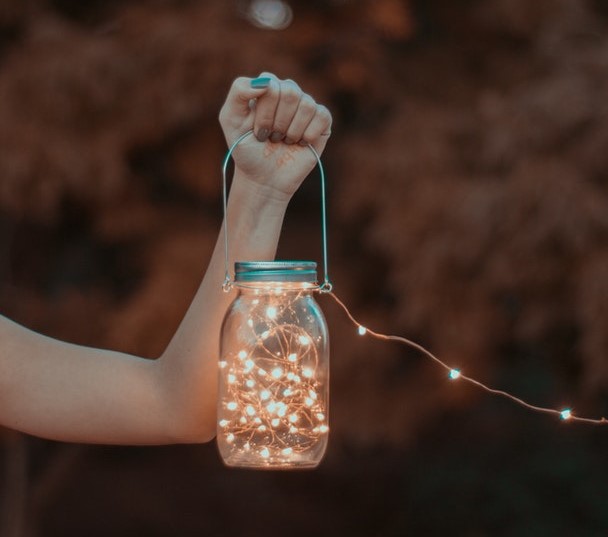 I submit to you that these words have never been more relevant than they are today. It was true in the first century, and it is even truer in the twenty-first century. This is a good time to recall one of the many Old Testament Messianic prophecies, especially this one delivered by God’s prophet, Isaiah, seven-hundred years before it was finally fulfilled with the coming of Christ into the world: “The people walking in darkness have seen a great light, on those living in a land of deep darkness a light has shined” (Isaiah 9:2). The leaders of the chosen people of God, his “covenant people,” had been carried from Judah into exile in the pagan country of Babylon, her priests, merchants, artisans, both civil and religious officials and authorities. The Hebrew people, the descendants of Abraham, Isaac, and Jacob, found themselves living in utter darkness. They had been forced from their homes, separated from their families, parents separated from their children, and their dark and gloomy existence made it impossible for them to imagine any light at all in a time of such “deep darkness.” There are thousands of people today who can identify with the Hebrew people, who found themselves far from home, victims of oppression, violence, and the abuse of power. Consider the many displaced and disenfranchised people in our own time who have also been living in darkness, forced from their own homes, separated from their families, and without even a “glimmer of hope” — much less a “great light” — because of so many closed borders to immigrants and refugees who have been told they are not welcome.

Jesus himself was an immigrant, who had migrated from his home in heaven to earth, who gave up glory for Galilee, and who was not welcomed. “He came unto his own, and his own did not welcome him” or “did not receive him” (John 1:11).  So “migration” is another suitable and meaningful metaphor for Christmas. Perhaps the word “identification” is the best word to use at this point, since in his incarnation as the Jesus of history, the Eternal Christ identified himself with “the least of these,” the harassed and helpless, the separated and suffering, the lonely and lost, the poor and powerless, the homeless and hungry, the oppressed and imprisoned, the unclean and untouchables, the demonized and deranged  (see Matthew 8;23-32, 9:36, 11:28-30, 15:30-32, 25:31-46). Jesus was always “moved with compassion” whenever he saw such human suffering. He hearkened to the feeblest cry for help. He was always interruptible. One person was a great audience to Jesus, especially if that person was wounded and weary, helpless and hopeless, discouraged and depressed. His invitation was always the same: “Come unto me, all you who are weak and carrying heavy burdens, and I will give you rest” (Matthew 11:28).