A Cross-eyed View of the Christian Faith

On the calendar of Christ’s Church, this is the season of Eastertide. Easter for Christians is not just one day — it is a 50-day period that begins at sunset on the eve of Easter and ending on Pentecost. Since the Day of Pentecost, which is often called “the birthday of the Church” (actually it was the birthday of the Church’s power), the preaching of the cross of Christ, his atoning death, has been the heart of the Gospel message. When the Apostle Peter preached the first Christian sermon following the crucifixion and resurrection of Jesus, on that day when the gift of the Holy Spirit was bestowed on the Early Church, Peter called upon the people gathered in Jerusalem for the celebration of the Passover to “Repent…believe on the Lord Jesus Christ for the forgiveness of your sins, and be saved; and you shall receive the gift of the Holy Spirit” (Acts 2:38). The Gospel (i.e. the “Good News”) Peter proclaimed was the Gospel of Christ crucified and risen, and at least two thousand responded and repented, were convicted and converted, were baptized and received into Christ’s Church.

The Pentecost event was the beginning of the Church’s phenomenal growth as the direct result of the fact that all the believers scattered everywhere, preaching the same Gospel. It is the same Gospel that has been preached ever since, throughout the world, for there is only one true Gospel. It is significant that in the beginning preaching was a lay responsibility, for there were no seminary-trained preachers. Furthermore, we are told in the Book of Acts, the history of the Early Church, that the apostles had remained in Jerusalem, since “A severe persecution began against the church in Jerusalem, and all except the apostles were scattered throughout the countryside of Judea and Samaria…and all who were scattered went from place to place proclaiming the WORD” (i.e. “preaching” the Gospel – Acts 8:1-3) – lifting high the cross of Christ, which was offensive then, and is still offensive today to those who do not believe the Gospel, who have been deceived into believing their own goodness will be good enough to merit God’s forgiveness and acceptance, especially other religions that teach a righteousness gained rather than a righteousness given (i.e. our own righteousness gained from keeping the moral law of God, versus the righteousness of Christ, which is “given” by grace alone, through faith alone in the crucified Christ).

Furthermore, for two religions in particular, Judaism and Islam, the thought of an incarnation (i.e. God in human form), and belief in a suffering God taking the penalty for our sins upon Himself, is not only scandalous, but even blasphemous. In the time of Christ there was a common Jewish saying, “Cursed is he who hangs upon the tree.” However, those early Christians in the first century were saying, “Greater love has no man than this, that a man lays down his life for his friends” (John 15:13), “God proves his love for us in that while we were still sinners Christ died for us” (Romans 5:6-9). Of course, it has always been easier to talk about the cross than to live it, easier (less costly) to accept the symbol of the cross than to actually “take up the cross,” as Jesus commands his followers to do. It is also easier to sing about the cross than it is to actually deny ourselves (i.e. nailing self down to die, denying the claims of self when we accept the claims of Christ)– “I surrender all…all to Jesus I surrender, all to Him I freely give” – “Take my life and let it be consecrated Lord to Thee.” The truth is, such hymns make liars of us all; it seems so easy for us to sing such hymns without ever really making that kind of total and unconditional commitment to Christ.

Too often, when we focus on the cross we think of those so long ago who crucified Jesus: the civil authorities, the political powers, the radical religious fanatics, the mad mob, all those that conspired and collaborated to put him to death. We forget that the real reason Jesus died, why he was crucified, was “…for our transgressions” (Isaiah 53). It was for our sins, that we might be able to experience God’s love, forgiveness, and acceptance. It is so easy to think more highly of ourselves than we ought to think, even though we can sing lustily, “Amazing grace, how sweet the sound, that saved a wretch like me,” without ever having really considered ourselves wretched sinners in need of God’s amazing grace. How long has it been since you threw yourself unreservedly on the everlasting mercy of God? Have you ever really felt as Paul must have felt when he cried out, “Wretched man that I am, who will deliver me from this body of death? Thanks be to God through Jesus Christ our Lord” (Romans 7:24-25).

It is so much easier to blame an imperialistic government for the death of Jesus, or to accuse the fickle crowd, those who “cheered” Him on Sunday and then “jeered” Him on Friday. And, of course, we love rebuking the religious leaders who feared him, who were so jealous of his popularity and who insisted that Pilate condemn him to be crucified, who refused to believe his claims. Yes, let’s just blame all of them, rather than admitting that it was for our sins that Jesus died, that he was “bruised for our iniquities” (Isaiah 53). Like Pilate, it is easy for us to believe that we can just wash our own hands of the whole affair, without ever really lifting our eyes to the cross and praying, “Father God, it was for ME! It was for MY sins that Jesus died! I trust in Him alone Christ for MY salvation, Christ crucified, risen, now reigning in heaven as the Lamb on the throne, the Lamb of God slain for MY iniquities. Be merciful to ME, O God, blot out all MY transgressions, cover all MY sins with the blood of Christ, and remember MY sins no more. Amen.”

Yes, let that be our own prayer, a prayer you and I offer with great thanksgiving, as always whenever we pray (I Thessalonians 5:16). However, let us also pray fervently for all followers of Jesus who are still being persecuted for putting their trust in Him alone for their salvation, for their refusal to stop wearing a necklace with a cross, for refusing to remove the cross from the steeple of their churches, for refusing to stop worshiping in the name of the crucified Christ. This is not being reported by the media in the United States, with a few exceptions, and for a number of reasons that could be given, including an anti-Christian bias and a fear of radical fundamentalist groups, and possible consequences of such reporting. Christians around the world are being targeted for persecution more than ever in recent years: 75% of religious persecution in this world targets Christians – killings that go unreported and uninvestigated. There are many places on earth where being a Christian is the most dangerous thing you can be.

Wherever there is no democracy or respect for human rights, no religious freedom, the atmosphere is conducive to effect persecution against Christians. One reliable news report from a respected Christian organization at work in many such places in this world says, “The persecution of Christians in today’s world is worse than at any other time in history.” When we consider all of the organized systematic campaigns to destroy Christianity through the ages, that is a most remarkable conclusion. Suffice it to say, there are 13 countries in particular that have been recently investigated, places “…where Christians are facing the most horrific outbreak of persecution in the modern era…assaults, killings, the burning of churches, unlawful detentions, false charges, unfair trials, imprisonments, prevention of religious assemblies and peaceful religious protests, suppression of freedom of speech… Believers are being threatened, beaten, driven from their homes, and even murdered… Worldwide estimates indicate that 215 million Christians experienced high or extreme levels of persecution last year in the 50 countries where it is most difficult to be an open follower of Jesus Christ.”

You may be asking, “What can I do?” Well, do you really believe in the power of prayer? If you do, then you can begin to pray more specifically and more fervently for persecuted Christians wherever they are a religious minority, as well as praying for honest reporting in the United States media of what is taking place in so many countries. You can contribute to Christian organizations that are at work in those countries, and for courageous Christians who are serving there in various capacities, and at high risk. You can also write to your representatives in Washington, D.C., making them aware of this international crisis and asking them to consider sanctions and policies to combat such abuses of power which allow and even promote such religious intolerance by the same powers and principalities that have caused and/or contributed to such religious intolerance through the ages. 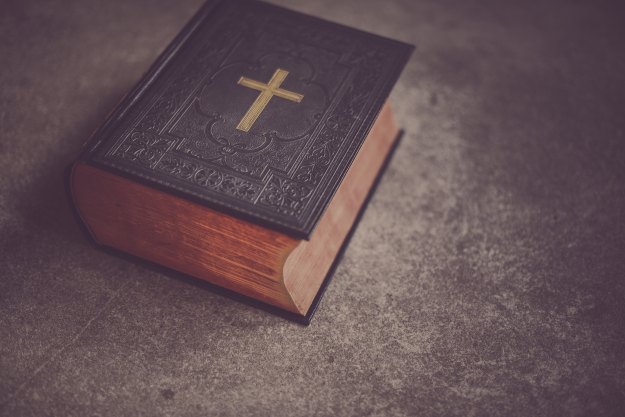 These are the forces that in every age have fought against the kingdom of God and have sought to crucify Jesus again and again by persecuting and killing his followers. Evil is a powerful force, but as Martin Luther said in his great hymn, A Mighty Fortress Is Our God, “..though this world with devils filled should threaten to undo us, we will not fear, for God has willed His truth to triumph through us… The prince of darkness grim, we tremble not for him, for lo his doom is sure, one little word shall fell him.” That “one little word” is JESUS!

There is greater power in the name of JESUS, “wonder-working power,” than in all the powers of evil arrayed against Christ and His Church. The powers of darkness may win some “battles” in this spiritual warfare, but they will not win the war! We know we are on the winning side! But the Church Mortal must become the Church Militant, putting on “the whole armor of God,” being on the offensive rather than the defensive in this battle for the minds and souls of humankind (Ephesians 6:10-18) – resisting the devil, being alert, remaining steadfast in our faith (Peter 5:6-10), confident God is “for us” and “not against us,” going before us to work His purpose out, and “nothing will ever be able to separate us from the love of God in Christ Jesus” – no hardships, no struggles, no distress, no persecution, nothing in all creation, for “in all these things we are more than conquerors (i.e. “super-conquerors) through him who loves us” (Romans 8:31-39). AMEN.