Dealing With the Issue of Faith and Doubt

This is a sequel to my previous post on “The Dilemma of Doubt,” in which I explained that doubt is not the absence of faith, but rather an attack on faith, that doubt actually proves we have faith. If we did not have faith we would not have doubts. Robert Browning must have understood this, at least in part, for he wrote: “You call for faith; I show you doubt, to prove that faith exists. The more of doubt, the stronger faith I say, if faith overcomes doubt.” That is an an important “if.” Perhaps you have heard of the young pastor who asked an older and more mature pastor, “Do you ever entertain doubts.” He replied, “Well, like all believers, I have doubts, but I don’t entertain them.” 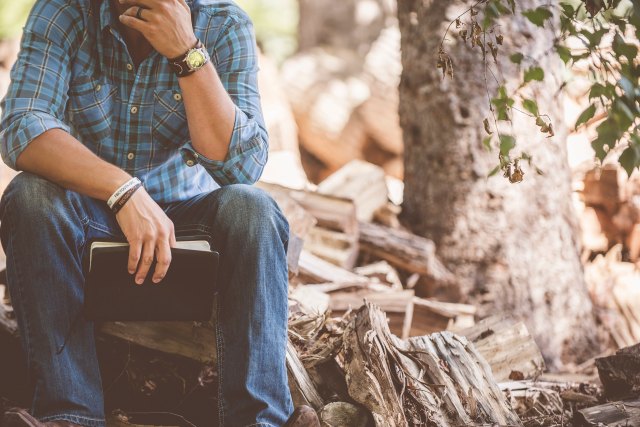 He was wise indeed! He knew that believers who dwell on their doubts will have divided-minds. The Apostle James, the brother of our Lord, wrote in his only letter to Christ’s Church during its infancy, “The doubter (i.e. the believer who entertains his or her doubts, and might therefore be called a “doubter”) being double-minded is unstable in all his ways” (James 1:8). James uses the illustration of “a wave of the sear” as a comparison, saying the believer who dwells on his or her doubts is like that, “driven and tossed to and fro by the wind” (vs. 6-7). Such a mindset is reflected in one’s attitudes and actions, revealed in character and conduct, and made known in wavering and waywardness, inconsistency and instability.

Therefore, when you find yourself thinking the wrong thoughts, your mind filled with unanswered questions and troubling doubts, it is time to “re-focus.” Our minds need a focal point, and for all believers that focal point should be Jesus. This is why the New Testament tells us time and time again to fix our minds on Him, “…looking to Jesus, the pioneer and perfecter of our faith” (Hebrews 12:2). The biggest battle we have as believers is with our thought life. There is nothing wrong with most of our minds, except we fill them with the wrong thoughts. Our minds were not made to think the thoughts of this world. Our minds were created to think the thoughts of God! We need to fill our minds with healthy thoughts, rather than hurtful thoughts, with thoughts that encourage rather than discourage us, thoughts that are pleasing to God and therefore pleasing to us.

The Apostle Paul, in his Letter to the Philippians admonished his fellow believers in that church, “Whatever is true, whatever us honorable, whatever is just, whatever is pure, whatever is pleasing, whatever is commendable, if there is any excellence and anything worthy of praise, think about these things” (Philippians 4:8-9). Paul had the heart of a pastor, and he prayed for his brothers and sisters in Christ that they would not put too much faith in their knowledge, their intellect, exalting human reason. It is tragic that there are still so many people who are misled into believing they can reason their way into the kingdom of God, for no one has ever entered the kingdom of God head first! Yes, we are commanded to love God with all our mind, as well as with all our heart, but we should never forget that “God has made foolish the wisdom of this world” (I Corinthians 1:20). One of the prevailing dogmas of our own time is the superiority of human wisdom, which is nothing new. It was one of the major issues that Paul had to address in the Greek speaking world, especially in Athens (Acts 17), one of the three great intellectual centers of the ancient world (the other two being Alexandria and Tarsus).

The Greeks were proud of their advanced understanding (knowledge), their eloquence (speech), their philosophical arguments (cleverness). Paul was the first Christian philosopher the Athenians had heard, and he had a working knowledge of Stoic and Epicurean philosophies. Paul himself was one of the great intellectuals of his day, educated in both Tarsus and Jerusalem, and his reputation as “Saul of Tarsus” had preceded him. His hometown was the seat of Stoicism. As a devout Jew, he was very religious, a zealous Pharisee who had been committed to carefully observing the Jewish law (Philippians 3:4-6). But he had a dramatic encounter with the resurrected Christ on the Damascus Road, and had discovered that religion is not necessarily a good thing. It is possible to be very religious, but to be very far from God. It is possible to put your faith in your religion, in your own goodness, rather than in God. It is also possible to worship at the altar of false gods and goddesses (little “g”). So Paul was very distressed when he arrived in Athens to “…see that the city was so full of idols,” that there were altars to so many different gods (Acts 17:16). Why? Because he knew that there is only one true God, and he had discovered that the one true and living God (capital “G”) had come among us, had actually visited this planet in the form of a human being in the person of the historical Jesus, who was crucified, dead and buried, but resurrected from the dead. Furthermore, Paul knew self-righteousness “gained” from keeping the moral laws of one’s religion, would never be a suitable substitute in God’s sight for a righteousness “given” (i.e. “bestowed” by “grace alone through faith alone” – faith in the crucified and risen Christ, Ephesians 2:4-10, 3:7-12).

The Athenians were people of faith, but Paul knew their faith was misplaced in mythological gods. He also knew something else that all people of faith need to understand, that faith is not necessarily a good thing. The value of our faith is determined by the object of our faith. Faith in an idol, a man-made god or goddess (little “g”), has little or no value, for idols are not real. Idols do not hear or answer prayers. Idols are figments of man’s own imagination. They do not know, and cannot be known. In fact, the Athenians even had an altar “to the Unknown God” (Acts 17:23). That inscription gave Paul the opening he needed when he addressed the Athenians, telling them “I have not come to proclaim to you some new God, but rather the one true and living God to whom you have built an altar, but you call him the ‘unknown god.’ I have come to make this God known to you, the God who created the heavens and the earth, and everything in them. He does not live in shrines (i.e. buildings) made by human hands” (vs. 24). 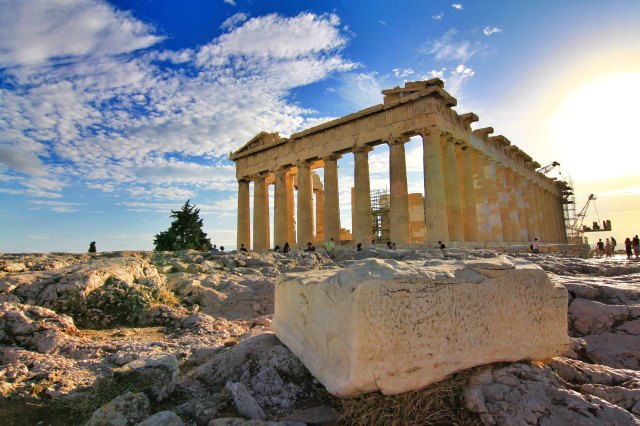 I can see Paul pointing up to the Parthenon when he said that, for he was standing on Mars Hill, west of the Acropolis, the place where anyone stood who was addressing the Athenians (i.e. the Areopagus). The Parthenon was a temple, built in honor of Athena, the city god of Athens, but the Athenians were addicted to the worship of many gods and goddesses. Paul wanted them to know the God (capital “G”) in whom “…we love and move and have our being”, and he called upon them to “repent” (to turn from all their idols, from all their sins, especially the sin of idolatry, the worship of false gods), because the only true God has “...fixed a day on which he will have the world judged in righteousness by a man whom he has appointed, and of this he has given assurance to all by raising him from the dead” (vs. 24-31).

Once again, the value of our faith is determined by the object of our faith. Now let us go one step further: the volume of our faith (i.e. how much faith we have) is determined by our knowledge of the object of our faith. Therefore, when our faith is under attack, and we find ourselves growing weary and losing heart, we need to pray that we might grow in our knowledge of God. However, this will only happen as we spend more time meditating on the Word of God, focusing not only on the mighty acts of God, but on the nature and character of God. That is when we we discover that we are growing in our understanding of God, and as we get to know God better we discover that we are trusting God more – we realize more and more what an awesome God we have, and we find that our faith is growing. We have grown in our assurance that God is always trust-worthy (i.e. worthy of our trust), that all of God’s promises are true. We become overwhelmingly confident (that is not a bad definition of true faith) that God is working His purpose out in our lives at all times, and in all circumstances, according to His own perfect will.

This does not mean life will be easier as we grow in faith, that we will have fewer problems, that we will be involved less in spiritual warfare, dealing less with doubts. In fact, we may discover that just the opposite is true, for Satan does not want us to grow in our faith and will be attacking us with doubts more and more. So, as we find ourselves struggling more and more with “the wiles of the devil” (Ephesians 6:11), we know even more than ever how essential it is to put on the “whole armor”  that God supplies (vs. 13-17) in order to “stand” (vs. 10 and 14 – i.e. to stand firm and immovable in our faith) – we realize how much we need to devote more time to prayer, praying more fervently “in the Spirit, at all times” while always “keeping alert” and “always persevering” (i.e. in persevering prayer, vs. 18; compare Colossians 4:2), so we will “…be able to quench all the flaming arrows of the evil one”  (Eph. 6:16). The Easter Season is a perfect time to resolve to be more disciplined in our Christian discipleship (the words “disciple” and “discipline” come from the same root), to be more committed to being “…strong in the Lord and in the strength of his power” (vs. 10), so that we will “…be able to withstand on that evil day (i.e. the day of testing), with “an undying love for our Lord Jesus Christ” (vs. 23).

3 thoughts on “Dealing With the Issue of Faith and Doubt”