The Beginning of the End, That Led to a Beginning That Will Have No End

Palm Sunday, March 25th, marks the beginning of the last week of the earthly life of the historical Jesus, the first day of what is now known as HOLY WEEK. This is the week between Palm Sunday and Easter Sunday (which this years falls on the first Sunday in April). During this week the followers of Jesus worldwide remember the events of his last week, the entrance of Jesus into the city of Jerusalem at a time when thousands of Jewish pilgrims were arriving there for the annual celebration of the Passover (Jesus was destined to become the “Passover Lamb”), the overturning of the tables of the money-changers in the temple precincts (which became known as the “cleansing of the temple”), the institution of our Lord’s Last Supper (that is now known as the “Sacrament of Holy Communion”), the washing of the feet of his disciples (an acted-out parable of his servant-hood, humiliation, suffering, and death), his betrayal, false trial, and crucifixion (final events in the drama of salvation, the passion of Christ), the end of the earthly life and ministry of Jesus, but in reality a prelude to his victorious resurrection from the dead and a new beginning, the beginning of a new age, the”Church Age.” 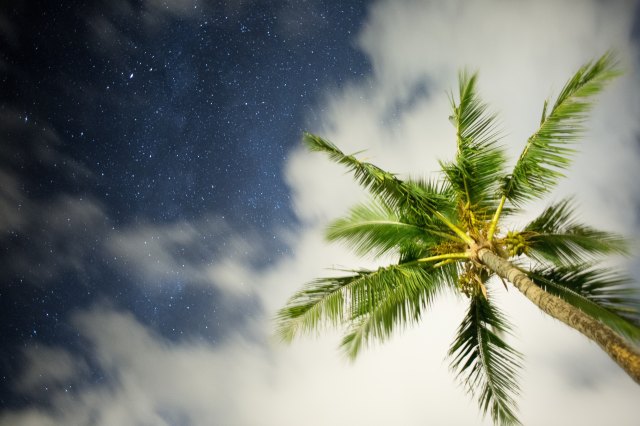 Jesus had begun his ministry in an inconspicuous fashion, by attending a wedding in Cana of Galilee. After his father’s death, he had taken his father’s place in his carpenter’s shop, supporting his family until the time came for him to launch his ministry. After putting his tools away, cleaning up the shavings on the floor, locking the door, he joined his family at a wedding in a nearby village, where he would perform his first miracle. That would be followed by his baptism by John the Baptist, his forerunner who was believed by some to be the Messiah, or perhaps the prophet Elijah, who was considered to be the one whose appearance would precede the Messiah’s coming (Malachi 4:5; John 1:19–22), but he had called himself simply a “…voice crying in the wilderness, ‘Make straight the way of the Lord.’”  However, Jesus later referred to John as Elijah (Matthew 11:13-14), although he was apparently speaking of him as the one whose ministry would precede the Messiah’s coming, rather than the reappearance of the actual Elijah (Mark 9:9-13), the one who had reappeared with Moses on the Mount of Transfiguration (representing both “the law and the prophets,” to show that the coming of Jesus had fulfilled both – Matthew 5:17).

It was John who had come to proclaim Jesus the “The Lamb of God, who will take away the sins of the world.” After his baptism by John, Jesus spent forty days in the Judean wilderness, where he was tempted by Satan to use his power for himself, and to take a detour around the cross. He then called his twelve disciples, and began to pour his life into them, teaching them, preparing them to continue his ministry after his resurrection and ascension into heaven. They did not understand why, after spending three strange and wonderful years with them, Jesus had started talking about his approaching death, and the hour of his departure. They believed he was the Messiah, the One who had come from heaven to earth to redeem Israel. They were confused, although Jesus had told them that he had come into the world to give himself as “a ransom for many” (Matthew 20:28). How could they have known that the cross was necessary?

When he entered Jerusalem, greeted by the shouts of the people, “Hosanna! Blessed is he who comes in the name of the Lord!” (John 12:13), they believed he would be crowned king (i.e. king of Israel, king of the Jews), the One would organize an army to overthrow their Roman oppressors, and restore Israel to her former glory. How could they have understood that He was not the kind of Messiah they had been expecting, that it was necessary for him to receive “the wages of sin” (death), which he had never earned, that they might receive “the gift of everlasting life,” which they could never deserve? How could they have possibly believed that one of them, one of his most trusted friends, would betray Jesus into the hands of their enemies? But on the evening before that fateful Friday, when they were enjoying table fellowship together in the upper room, where they had gathered to celebrate the Passover with Jesus, he revealed that one who was with them at the table was about to betray him, and they would be scattered leaving him alone (John 16:32). They knew Jesus had the power to save himself. Why would he allow himself to be taken captive by his enemies? Why would he choose the cross instead of the crown? He had told them he had come to build his church, to establish the kingdom of God, and they thought it would be for Jews only! When he spoke of overcoming evil, they thought he meant overthrowing Rome! That night in the upper room they expected Jesus to take the sword, but he took a towel instead, and stooped to assume the role of a servant! What kind of king was that, girding himself with a towel, taking a basin of water, and washing their dirty feet? Why would the Messiah take a towel instead of the throne?

For he had come for this purpose, as the “Suffering Servant” Isaiah had prophesied (Isa. 53). He was allowing himself to be betrayed into the hands of his enemies. He was making his way to the cross willingly. He was going to pay the price for our sins, for the sins of the whole world, dying in our place, receiving the punishment we deserve, dying for us that we might live with him forever in a place he was going to prepare for us in his everlasting kingdom, where we will share his glory forever and ever (John 14; Romans 5:1-2; I Peter 1:3-10) – and “God will wipe away every tear from our eyes. Death will be no more, mourning, crying, and pain will be no more” (Revelation 21:4). The end of the age (i.e. the “Church Age”), will be the final new beginning (i.e. the “Kingdom Age”), and there will be NO END, for the One who sits on the throne is “…the Alpha and the Omega, the First and the Last, the Beginning and the End” (Rev.  22:12). AMEN.

One thought on “The Beginning of the End, That Led to a Beginning That Will Have No End”