I borrowed the title for this blog from one of my favorite writers, the late G.K. Chesterton. That is the way he refers to the historical Jesus, and for many reasons. Although he is referring to the mystery and miracle of the incarnation, there are so many things that could be mentioned that make Jesus exceptional. The one thing that is uppermost in the minds of believers during this Advent season is His conception by the power of the Holy Spirit in the womb of the virgin Mary. However, it is not only His virgin birth that makes Jesus the “one enormous exception” (quote from The Everlasting Man), but also His virgin life (i.e. His sinlessness); no one was ever able to convict Him of sin, although He was accused of being the “friend of sinners” ). Furthermore, it is not only His moral purity, but His intellectual superiority that makes Him exceptional. No one has ever been able to account for His knowledge without also acknowledging His Deity, for He had not even attended the accepted schools of His day. His knowledge of God, and His knowledge of the scriptures, the “Law and the Prophets,” was even greater than that of the religious leaders of His day. There is also the nature of His teachings, His incredible claims, what He had to say about Himself. Without any hesitation He equated Himself with God, saying He and the Father were one (John 14:8-11, 17:6-1). He laid claim to the absolute: “I am the way, the truth, and the life. No one comes tot he Father but by me” (John 14:6).

If any other religious leader made such a claim he or she would be considered either ridiculous or a fool, a deceiver or self-deceived, even a lunatic. However anything Jesus says must be given serious consideration. No sensible or sane person would ever accuse Him of being a fool, and no fair-minded critic or skeptic would put him in any of those other categories. Non-believers may not believe in Him, but they cannot ignore Him! They also cannot account for His power over the minds and hearts of millions of people around the world today, who gladly and boldly testify to the fact that He has changed their lives – they know that He is still alive and at work in the world because He has been at work in their lives. In fact, they are His “workmanship” (Ephesians 2: 10). There is also His supernatural power that makes Him exceptional, not only His power over sin, including the ability to cast out demons, but His power to work miracles, healing the sick, cleansing lepers, and even raising the dead – and not only His power over disease and death, but over nature, walking on water, calming a storm, commanding the waves to be still, according to the gospel records in the New Testament.

However, non-Christians, and extreme liberal academics who consider themselves to be believers but do not believe in the miraculous cannot accept the authenticity and authority of the gospels. Furthermore, they cannot take seriously the testimony and witness of the apostles (eyewitnesses) in the epistles of the New Testament. Nevertheless there is no way any reasonable and open-minded historian can explain the uniqueness of Jesus as just some human genius, the product of  natural forces, or the creation of His followers because of their exaggerated claims. No knowledgable and honest students of history will deny the existence of Jesus of Nazareth, but they do try to explain away the words and claims attributed to Him. With their scholarly paring knives they keep whittling away at the Jesus of the gospels, until all they have left is a poor, pale, meager human Jesus. This means they always find themselves searching for some reasonable alternative explanation for His enormous influence over the minds and hearts of millions of people around the world to this day – as well as attempting to account for the phenomenal growth and power of Christ’s Church. Jesus Christ is obviously alive and at work in the world today, and no earthly power has been able to stop His truth!

It was the late Bob Munger, a highly respected Presbyterian pastor and friend, who raised other serious questions about Jesus: “He lived more than two thousand years ago, and we have learned a lot since that time. The accumulated experience of history, of thought, of research and science…Is it not strange that better men than Jesus have not come along…nobler, truer, purer, more worthy than this humble Galilean carpenter? To this day Jesus has no serious rivals in character, either past or present. How does it happen that our best universities are not graduating anyone comparable to Him, or any better men and women than that which we seen in Jesus of Nazareth, the Man of Galilee. You and I have advantages which He never knew, yet we are keenly aware that none of our lives will ever match, much less surpass, His…nor do we expect any other person to ever reach His perfection here on planet earth. Jesus Christ rises sheer above us all…the supreme commanding figure of human history…No biography has ever contained Him, no essayist has written the last word about Him, no novelist has been able to conceive a comparable character…Jesus is far more grand and greater than our minds can conceive…for He is nothing less than Deity in the form of man” (from a lecture given at First Presbyterian Church of Honolulu, Hawaii).

Hopefully, all who read this post will be able to better understand why G.K. Chesterton referred to Jesus as THE ONE ENORMOUS EXCEPTION! In addition to His life, His claims, His character, His conduct, His compassion, His power, we have His atoning death (a love that could be rejected, mocked, spat upon, and yet remain love: “Father, forgive them, for they know not what they do”) – as well as His victorious resurrection, for although He was dead and buried, He pushed the end of His tomb, for He was all He had claimed to be, even “The resurrection and the life” – and all who have believed and received Him as their Savior and Lord have this confidence, they have “…been born anew to a living hope through His resurrection from the dead, and to an inheritance that is imperishable…kept in heaven”  for them and for all who have loved his appearing (I Peter 1:3-4) – all who are able to truly rejoice during this Advent season, for they know Jesus is all He claimed to be, and so much more than our minds could ever fully understand, for He is THE INCOMPARABLE CHRIST! His incarnation was the event that split history into two periods of time, B.C and A.D. – the hinge of history was on that stable in Bethlehem, the greatest happening in the long annals of human history was when the Word of God became flesh (John 1:14). What a juxtaposition of the divine and the human! What an incredible journey, from heaven to earth! WHAT A WONDER!

Let us pray that we will never lose that sense of awe and wonder at such a mighty miracle! Christmas should always be truly wonderful (i.e. WONDER-FULL), filled with joyful praise, for the gift of God’s only-begotten Son – the coming of the Eternal Christ into the world to “seek and to save the lost,” this amazing prophetic fulfillment: “But you, Bethlehem Ephrathah, though you are small among the clans of Judah, out of you will come one who will be ruler over Israel, whose origins are of old, from ancient times” (Micah 5:2), and “His greatness will reach to the ends of the earth” (Micah 5:4). It all happened just as it had been foretold , even His rejection, His suffering, His death, and His resurrection (Isaiah 53). Incredible!Incomprehensible! Almost too good to be true, and yet too good not to be true – also, too good to keep to ourselves, so PASS IT ON! The sharing of this Good News can be the best gift you give to others this Christmas! 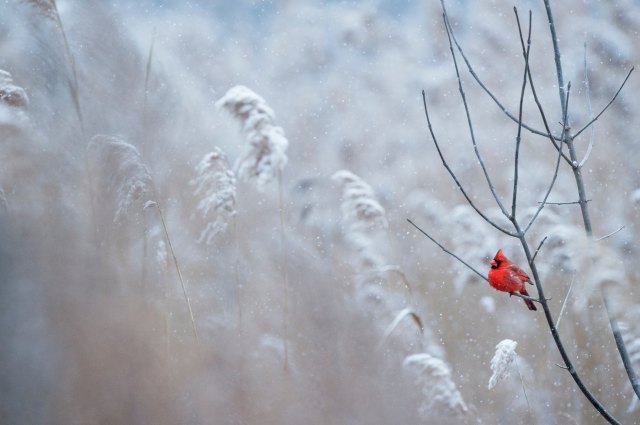 Loving and gracious God. Father in heaven, as Christmas draws near we bow down before Jesus, the Christ, for whom there was no room in the inn, when He was about to be born of Mary, as the baby Jesus. Just as He was born in a lowly stable, so we want to humble ourselves and make room in our hearts for Him, now and forever. Let us be filled with awe and wonder, with joy and peace, knowing that nothing in life or in death, nothing in all creation, will ever be able to separate us from Him, or from Your love, O God, Let us also be inspired to share this Good News of Christmas with other in the wonderful name of Jesus we pray, with great thanksgiving. Amen.