The Two Sides of Christmas: Good News and Bad News

Biblical history is salvation history. Both Christianity and Judaism are rooted in history, the story of the mighty acts of God in history, which is HIS-STORY. For the Jews the mightiest act of God in the history of their people was the Exodus, the deliverance of the Hebrews from slavery in Egypt, their journey from bondage to freedom in the new land God had promised to give to Abraham and his descendants. For Christians, the mightiest act of God was the incarnation, the Word made flesh, when the Eternal Christ became the God-man in the person of the historical Jesus, whose earthly life and ministry ended with His atoning death and victorious resurrection. Christians around the world are now celebrating the Advent Season (the word means “coming”), when the followers of Jesus celebrate Christ’s first advent, culminating on Christmas Day. Then throughout the Christian year believers will continue looking forward to His second advent, when Christ will come again in power and  glory to usher in His kingdom, when according to His promise there will be a “new heaven and a new earth in which righteousness dwells” (II Peter 3:1-13). 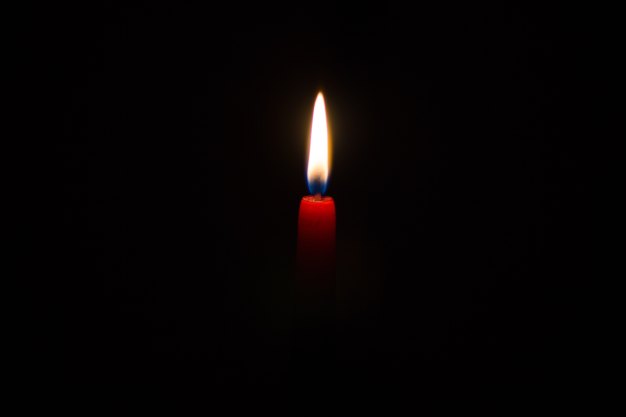 There is one word that helps us to understand the kind of God we meet in the ages of the Old and New Testaments, where we have the historical record of the mighty acts of our God in history, and that word is intervention. God intervenes in history for the salvation and preservation of His covenant people, those who have committed themselves to live in obedience to God’s commands.  Many people who say they believe in God do not believe in the God of history. In their system of belief God is barred from His creation. David Hubbard, former President of Fuller Theological Seminary. says in one of his books on basic Christian doctrine that for those who take this position “…history is a treadmill on which the human family runs for exercise, but the effort leads nowhere beyond ourselves. Or we may see it as an endless conveyor belt carrying our contributions into the future for generations yet unborn to enjoy and in turn pass on to their posterity.” Either way no serious thought is given to the biblical view of an eternal divine plan and purpose for the whole of creation, including the New Testament promise of an ending to life as we have known it in this broken and fragmented world, with Christ’s comIng again, when God’s redemptive purpose for humankind will be consummated, including the resurrection of the dead, the final judgment of all, and the establishment of the glorious kingdom of God, when righteousness will reign and there will be no more injustice, no more sin, no more pain, no more death, no more separation and loss, for God’s original purpose for His human family will be restored and fulfilled. (Revelation 21).

The story that began after the dawn of creation, outside a garden called Eden, when Adam and Eve were expelled from that paradise because of their disobedience to God, will reach its final consummation with paradise restored. God’s “rescue operation” will be complete, the promised re-creation of the whole created order will be consummated (Ephesians 1:3-12; Romans 8:18-25). So, when Christians come together during the Advent Season to celebrate the first coming of Christ, when He visited this planet in the form of the Suffering Servant we know as Jesus Christ, who came “to seek and to save the lost” (Luke 19:10), they will also be remembering how the story of salvation will end with His return (Matthew 25:31-46; Acts 1:6-11; II Thessalonians 1:3-12, 2:1-8; Revelation 7:9-17), when He intervenes for the final time, for it will be the Last Judgment. The whole world will know Him for who He is, not the baby Jesus in a manger, not the lowly Jesus “despised and rejected of men,” but the Lord strong and mighty, who “…comes to make His glory known, far as the curse is found,” and who comes “to judge the living and the dead,” for judgment is the necessary conclusion to creation, but the result will be a new creation.

If we believe we are part of an eternal plan to right all wrongs, participants in a divine plan and purpose for the salvation of humankind, then the judgment of all sin and unrighteousness is a necessity. Most people are familiar with the most often quoted verse in the New Testament, John 3:16: “For God so loved the world that He gave his only-begotten Son, that whoever believes in Him might not perish, but have everlasting life.”  That is God’s desire, that all might be saved, that none perish, but we know there will be many who have not believed, past, present, and future. There have always been, and there will always be, many who harden their hearts against God and refuse to believe and receive Christ. None of us have the right to judge; the One who saves is the only One who also has the authority to judge. We must leave that to Christ, who will separate the “sheep and the goats” (the metaphor Jesus used in His parable of the Last Judgment in Matthew 25). We find the same message in the Old Testament, where God’s prophet, Ezekiel, speaking as “Thus saith the Lord,” proclaims: “I myself will search for my sheep, and will seek them out….I myself will be the Shepherd of my sheep…and I myself will judge and save my flock” (Ezekiel 24:11-22).

To be separated from God, from the joy of God’s presence is the real meaning of hell – no reconciliation with God, no everlasting life and fellowship with God as a member of His eternal family, including all the redeemed of the ages, in the kingdom of heaven – to live eternally without knowing the presence of God, for there will be an everlasting existence of the soul (i.e. the essential personality, the real person, whether saved or lost), but for those who do not know God, there will be no salvation, no joy, no peace, no reunion, no rejoicIng, no music, no mercy! That is what hell will be like, and this is a part of the Christmas message that we dare not ignore, that we cannot eliminate from the story of salvation, the purpose of Christ’s coming into the world – to restore to us our lost inheritance, an intimate relationship with God in His eternal kingdom, when we will enjoy His presence forever, knowing God even as we have been known, knowing each other fully, seeing “face to face” (I Corinthians 13:12-13). This is the reason for this season!

However, we dare not ignore the “flip side” of this truth, that many will not be saved, for they refuse to believe. It is not that God in Christ rejects them, but that they reject Him! The Apostle John tells us in the fourth gospel, that Christ “did not come into the world to condemn the world, but that the world through him might be saved”, but “….this is the judgment, that light has come into the world, but many people loved darkness rather than light because their deeds were evil. All who do evil hate the light, and do not come to the light, so that their deeds may not be exposed. But those who do what is true come to the light, so that it may be clearly seen that their deeds have been done in God” (John 3:19-21). “Those who believe in him are not condemned; but those who have not believed are condemned already, because they have not believed in the name of the only Son of God” (vs. 18). In these verses we can see clearly the two sides of the Christmas story, both good news and bad news, both light and darkness, both belief and unbelief, both salvation and separation.

It is important to understand that God has already done all He could possibly do that all might know Him, love Him, worship him, obey Him, and enjoy eternal fellowship with Him. All that God had intended to do, because of man’s disobedience and rebellion, in order to draw His human family back to Himself, was done in the life, death, and resurrection of Jesus, who “paid it all, and all to Him we owe.” There is nothing that any of us can add to what He has done. This is the faith we sing, “Rock of ages, cleft for me, let me hide myself in Thee…nothing in my hand I bring, simply to Thy cross I cling.” Salvation is not an achievement, a reward for a life well lived, a prize that we win by the way we run the race. It is a grace gift, received by faith in the One who “loved us and gave Himself for us.” Not something we merit, but the overflow of God’s redeeming and  reconciling love, demonstrated supremely on the cross when Jesus who knew no sin was made sin, receiving the punishment our sins deserve, descending into hell, as we say in the Apostles’ Creed – that we “…might not perish, but have everlasting life” (John 3:16).

My favorite Christmas hymn, “Hark! the Herald Angels Sing,” expresses the mystery of the incarnation, the meaning of the Christmas message so well: “Veiled in flesh the God-head see, hail incarnate Deity, pleased as man with men to dwell, Jesus our Emmanuel…Mild He lays His glory by, born that man no more may die, born to raise the sons of earth, born to give them second birth…Hark! The herald angels sing, ‘Glory to the new-born King’.” By His death and resurrection Jesus has made a second-birth possible, but we must believe and receive Him as our Savior, “Christ, the everlasting Lord!” Once again, it is the Apostle John who makes this very clear in his gospel: “He came to his own, and his own people did not receive him. But to all who received him, who believed in his name, he gave power to become children of God, who are born not of blood or of the will of the flesh or of the will of man, but of God. And the Word became flesh and lived among us, and we have seen his glory, the glory of the Father’s only son, full of grace and truth” (John 1:13-14). 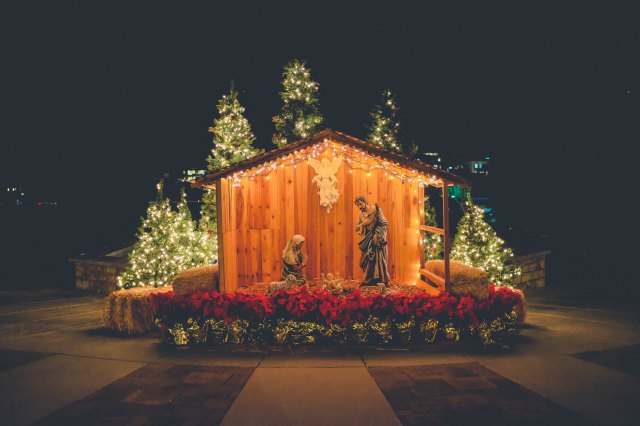 In conclusion, it is also important to remember and rejoice that salvation is not just an individual matter, God’s redemptive plan is not just for you and for me, but for the whole of His creation (Ephesians 1), for there will be “a new heaven and a new earth” (Revelation 21:5; I Corinthians 15:28). We do not know what all of this means, but we do know that God’s purpose for the universe is not annihilation, but rather transformation, and God’s triumph over sin and all the consequences of sin, God’s victory over evil in all of its forms, and the ultimate triumph of justice over injustice and righteousness over unrighteousness. Furthermore, I am personally grateful that the judgment of all sinners will be by a loving and merciful God. Yes, we must take seriously the wrath of God, God’s condemnation of all sin, but I am comforted by the assurance of God’s love for all sinners and His righteous judgment.