The Name That Is Above Every Name

If I had to choose one book of the Bible as the most inspiring and important of all sixty-six books for me personally, I would choose the Gospel of John. I believe there are many followers of Jesus who would make the same choice, because the focus of the fourth gospel, from beginning to end, is on the majesty and mystery of Jesus as the incarnation of the Eternal Christ, the unique and solitary Son of God – the agent of God in creation, the source of light and life, the Messiah, who came into the world to suffer death upon the cross for the salvation of all who will believe and receive Him as their Savior and Lord. John tells us why he wrote this book, “…so that you may come to believe that Jesus is the Messiah, the Son of God, and that through believing you might have life in his name” (20:31). 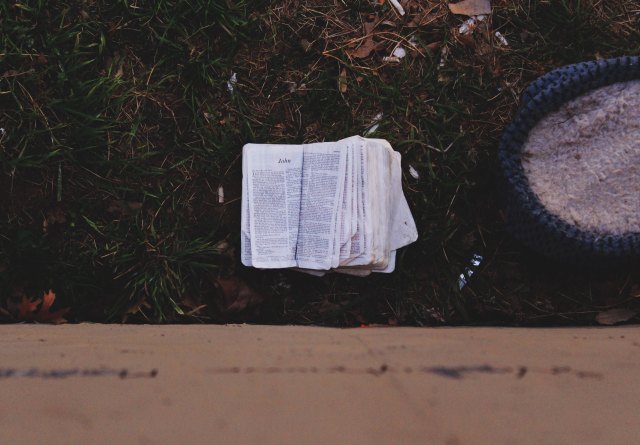 John takes us behind the scenes of the life and ministry of Jesus, beyond His wondrous words and mighty deeds, to the person of Jesus, His identity as more than a mere man, the God-Man, the Eternal Christ in human form (the Greek “logos” – more than speech, God in action), from “the beginning” (John 1:1 – compare Genesis 1:1), not one who was just “with God,” but one who “was God” – not One who “became” God, but One who has always been God, from before “the beginning” (pre-existent – eternal), from before the creation of all things, the Word of God who spoke all things into being, who said, “Let there be light, and there was light” (Genesis 1:3 – see these repeated words in verses 4-31 “and God said, and it was so”) – not only the One who was the sole agent of God in creation, the One who was “before all things,” but as the Apostle Paul tells us, the One who also “sustains” all things, the One in whom “all things hold together”  (see Colossians  1:16-17, and Hebrews 1:2-3) – the One in whom, in the fullness of time, “all the fullness of God was pleased to dwell” (i.e. to dwell “bodily” – Colossians 1:19 and 2:9).

When we combine the words of John with the words of Paul we have the most exalted portrayals of the historical Jesus as the majestic and glorified Christ in the whole of the New Testament  (“Christ Jesus”), “…who though he was in the form of God, did not count equality with God a thing to be grasped  (i.e. “something to be exploited”, for selfish purposes, to draw attention to Himself, seeking reputation or recognition) but emptied himself, taking the form of a slave, being born in human likeness. And being found in human form, he humbled himself and became obedient unto death, even death on a cross. Therefore God has highly exalted him, and given him the name that is above every name, that at the name of Jesus every knee should bow, in heaven and on earth, and every tongue should confess that Jesus Christ is Lord, to the glory of God the Father” (Philippians 2:5-11).

However, there have always been those skeptics and critics who can accept the humanity of Jesus, but not His deity – even some heretics in the first century who could accept His deity, but not His full humanity, because they saw the body as something evil. Therefore, they did not believe that the Eternal Christ could have truly taken human form. He only “appeared” to be human. They even taught that where Jesus walked He did not leave footprints. And, of course, to this very day, there are those academics, historians and theologians, who simply cannot wrap their minds around the belief that the historical Jesus and the Christ of the Easter story are one and the same. Of course, that is the most critical question. Is He who He claimed to be? Is He who the apostles tell us He is? Is the “real Jesus” (i.e. the Jesus these contemporary scholars are still trying to find) the historical Jesus, Jesus of Nazareth, the One we meet in the gospels of the New Testament, and in the writings of the apostles, the Jesus who died on the cross and was raised from the dead – the One who has been given “the name that is above every other name” (i.e. “Jesus Christ” or “Christ Jesus”) – or some other Jesus who has never been found, and will probably never be found?

That is the question everyone who is confronted with the Jesus of the gospels must answer for himself or herself. You must decide for yourself. You must make a decision. You can reject the Jesus we meet in the New Testament, or you can bow down before Him, as John says, believing the historical Jesus was, and forever IS, the Eternal Christ, who shared our humanity, dying on the cross for our salvation, that we might experience the love, forgiveness, and acceptance of Almighty God, who promises all who choose to believe the gift of everlasting life. You either yes to Him, or you can say no to His claims. But there is one thing you cannot do with this Jesus, who is really the only real Jesus: YOU CANNOT IGNORE HIM!