The Apostle John, in the prologue to his gospel, when speaking of the incarnation, the Eternal Christ, the Word of God (the “logos”) made flesh in the historical Jesus, says He “dwelt among us full of grace and truth” (John 1:14).

In this post I want us to consider those two words that are not only prominent, but dominant, in the New Testament. We not only read these words, we see them demonstrated time and time again in the ministry of Jesus, who called Himself “the truth” (John 14:6). He told His disciples repeatedly “I tell you the truth” (John 16:7). However, He went beyond words in His earthly ministry, demonstrating in His deeds what He had declared. In His encounters with people from all walks of life, the powerful and powerless, the rich and poor, the religious and irreligious, the abused and their abusers. the immoral and the critical moralists, the self-righteous and those they condemned, we see how Jesus also incarnated TRUTH as well as GRACE, which were inseparably joined in the life and ministry of Jesus. 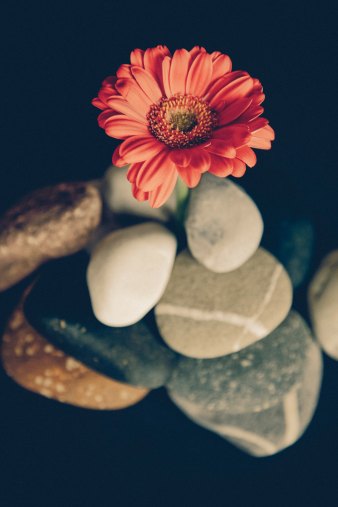 For example, we see this in His encounter with a woman who had been caught in the act of adultery, and was brought to Jesus for judgment by her accusers (John 8:1-11). They had already judged her, and were now setting a trap for Jesus. Those self-righteous religious leaders (who always went by the letter of the Law), knowing the Law required such a woman to be stoned, knew if Jesus did not also condemn her He could be accused of ignoring the requirements of the Law. On the other hand, if he did not practice what he had been preaching about forgiveness, even to the point of forgiving “seventy times seven,” He would be exposed as a hypocrite, a false prophet. They were sure they had put Jesus in a position where they could discredit him, regardless of how He responded to this sinful woman who had been cast at His feet. The stones they were holding in their hands let Him know they were prepared to do what He would undoubtedly refuse to do, for He was known to be a “friend of sinners.”

When Jesus looked up at them, apparently searching their hearts as He saw what only His eyes could see, said, “Let anyone among you who who is without sin be the first to throw a stone at her” (verse 7). Jesus was confronting them with the truth about themselves, and they knew it. One by one they dropped their stones and walked away, leaving the woman alone with Jesus (verse 9). Then He confronted her with the truth about her own sin, but He did so lovingly, without any condemnation, asking her, “Woman, where are your accusers? Has no one condemned you?” When she replied, “No one, sir,” then Jesus said, “Neither do I condemn you. Go your way, and from now on sin no more” (verses 10-11). When Jesus spoke these words, I am sure He took her by the hand, helping her to her feet, and when her eyes met His eyes she knew she was forgiven.

This is one of the most powerful stories to be found in the gospels – a story that teaches us how truth and grace are not only seen in the ministry of Jesus, but should also be manifested in our own lives as followers of Jesus. Let me ask a question each of us should ponder: What if that same woman had been caught in the act of adultery once again, the very next day, and was brought back to Jesus for condemnation? What do you think Jesus would have told her? Do not be too quick to answer that question, for it will tell you a lot about your understanding of grace!

As you read about this incident in our Lord’s life, and consider its implication for your own life as one of His followers, I hope you will sense the importance of both truth and grace in your own encounters with all those God arranges for you to meet day by day. For this powerful balance that is so evident in the life of Jesus, who is not only our Lord but also our example, is so conspicuously missing in so many Christian circles today including countless churches. There are so many among us who love to clobber people with the truth, but where is the grace? It seems that there are many who bear the name of Christ who have such a passion for speaking the truth that they do not consider the consequences, or give any serious thought to the biblical admonition, “speaking the truth in love” (Ephesians 4:15). Yes, that is indeed hard, if that’s what you’re thinking. In fact, it is not only difficult, it is very often impossible without Jesus (i.e. without Jesus living in us and loving through us). Isn’t it terrible to hear how many followers of Jesus are bashing other Christians today, even though what they are saying may be true; but where is the love, and where is the grace?

Yes, there seems to be a lot of critical moralists and self-appointed judges in the Body of Christ who actually enjoy beating other believers over the head with the truth, especially if they have been caught in some sinful act and exposed, like the woman caught in the act of adultery. They delight in throwing stones, not literally but figuratively (hurling insults, leveling charges, taking pot shots at those who have fallen). We have too many accusers in the contemporary Church, and too few who “weep with those who weep” and who actually seek to “restore the fallen.” Have you met any Christians who seem to rejoice when other believers get caught in the act of some wrongdoing? They may say, “He had it coming, I don’t feel sorry for him.” Once again, where is the grace? Where is the love? The Apostle Paul tells us that love “does not rejoice at wrongdoing” (I Corinthians 13:5), but, sadly, there are those who feel perfectly justified in doing so, even to the point of condemning others, when Jesus is the One who did not come into the world “to condemn the world,” but that the world through Him “might be saved” (John 3:17).

It has been said that “Christians are the only ones who shoot their wounded.” Of course, we are not only commanded to love one another as believers, as Jesus has loved us, unconditionally, redemptively, sacrificially, and unendingly; we are also commanded to love non-believers as well, especially the used and abused – like the woman in this story, who had been handled by too many hands. By the way, where was the man who was just as guilty as she was? Why was he not also brought to Jesus by the religious leaders for judgment? I’ll tell you why; because he was a man! It’s still true to this day, when women who have been victimized are not supported, and in many instances not even believed, and the abusers are not even confronted or held accountable is it any wonder that so many abused women have felt rejected, and even abandoned, in their own churches? Tragically, in some communities of faith they are even shunned! I ask again, where is the grace? Where is the love? Also, where is the passion for truth, and for justice? C.S. Lewis must have been struggling with these similar issues and struggles of soul when he maintained that in such instances, “Christianity dies a thousand deaths.” 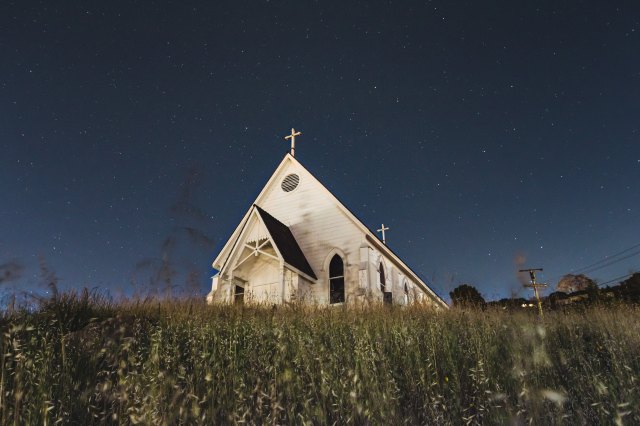 Truth, when it is wrapped in grace is one of the most powerful tools we have to convince others that the Gospel is indeed “Good News.”  Wherever truth and grace are joined in any church, in a genuine fellowship of love, people will come! They will drive any reasonable distance to get to such a community of faith, for after more than sixty years of pastoral experience, I am personally convinced that most serious seekers are looking for that kind of church.