When Jesus told Peter He was going to build His Church, He was speaking of the new covenant community He was going to establish. He had not come to abolish the old. He did not end the history of Israel. Although He was not the kind of Messiah His own people had been expecting, His hope was that many more who had not recognized Him as the Suffering Servant whose atoning death Isaiah had foretold would be brought to faith in Him through the witness of the apostles. Jesus had told His listeners that He had not come to destroy the law and the prophets, but to fulfill them. He completed them by fulfilling what God had been doing through the centuries

Luke, the faithful historian of the Early Church, tells us in the Acts of the Apostles how the followers of Jesus after the Pentecost event “…devoted themselves to the apostle’s teaching and fellowship, to the breaking of bread and the prayers” (2:42). As new Christians (“babes in Christ”), they knew they needed to learn, grow, and taught by the apostles the deeper meaning of their new faith. They needed to be “discipled.”  They had been convicted, convinced, and converted. They knew enough to repent and profess their faith in Jesus as “the Christ, the Son of the living God.” They had been told the meaning of their baptism and membership in Christ’s Church. However, to grow toward maturity in Christ they needed to devote themselves to the apostles teaching, they needed to be disciplined in their discipleship, they needed to participate faithfully in the fellowship of believers with their new brothers and sisters in Christ, they needed to share in the breaking of bread (i.e. the “agape meals” or love feasts, as well as sharing in the celebration of their Lord’s Last Supper), and they needed to learn how to pray “in the Spirit,” in Jesus’ name.

Furthermore, Luke is even more precise in giving us the very impressive characteristics of that unique fellowship that was formed after the followers of Jesus had received the gift of the promised Holy Spirit. He tells us that “many wonders and signs were done by the apostles. All who believed were together and had all things in common; they even sold their possessions and goods, and distributed the proceeds to all, as they had need. Day by day, as they spent much time together in the temple, they broke bread at home and ate their food with glad and generous hearts, praising God and having the goodwill of all the people. And day by day the Lord added to their number those who were being saved” (2:43-47).

Notice how Luke repeats the word “together.” This is an important word in giving us a picture of the intimate fellowship the first Christians shared; they knew how much they needed each other. They realized they could not make it alone. There were no “Robinson Crusoe” then, but today there are a lot of people who bear the name of Christ who believe they do not need the Church. They do not feel the need to belong, to be an active part of a local body of believers, gathered for worship, for teaching, for prayer, for table fellowship, for support, for counsel, for reproof, for affirmation, for encouragement, for sharing and caring for one another. Those are two critically important New Testament words in describing how the Early Church functioned: loving “one another,” forgiving “one another,” praying for “one another,” having the care for “one another,” bearing “one another’s burdens,” admonishing “one another” – a word picture of Christ’s Church as it ought to be, and as the Church in the apostolic age tried to be.

There is one common Greek word that sums it up, “koinonia,” which is the word for fellowship in the original language of the New Testament. The root meaning of this word is “that which we have in common,” and in the context of the New Testament “that which we have in common as those who are in Christ.” In college I took a course in etymology, the derivation of words and their meaning. In seminary, two of my favorite classes were Hebrew Word Studies and Greek Word Studies, and to this day in preaching and teaching I am  continually researching to discover the meaning of biblical words, and the other words that are derived from them, such as “koinonia” from which the words community and communion are also derived. Christ’s Church is a “community of faith,” and we are a “communion of saints” (the word for “saints” in the New Testament simply means “believers”). They are not the images of those we see in the stained glass windows of some cathedrals, or those we see in the paintings of the Masters, who give the appearance of angelic figures, sometimes with halos above their heads. In the New Testament, saints are not those who have been recognized for being more godly, more Christlike, than others because they have devoted themselves to the pursuit of a devout and holy life, or have sacrificed so much in a life of selfless service. No, everyone who is committed to Jesus Christ and belongs to the company of the committed is a “saint,” according to the New Testament. You may not consider yourself a saint, but if you belong to Jesus you are, regardless of how you feel! 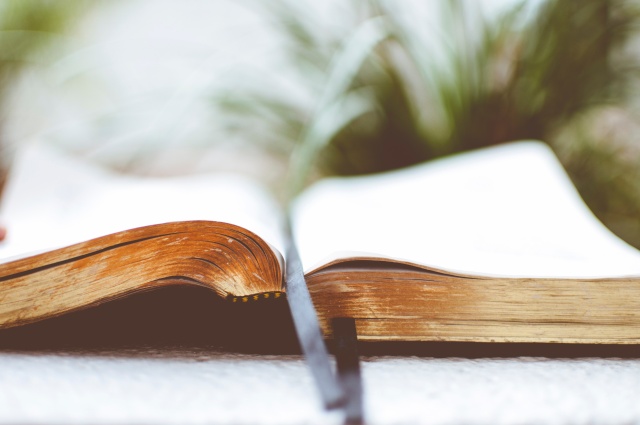 Although Christ’s Church is a “communion of saints,” as we affirm in the Apostles’ Creed (i.e. the “visible Church,” the Church on earth), it is not perfect. The Early Church was not perfect. There were liars in the Church following Pentecost (Acts 5). There were troublemakers in the apostolic Church (I Corinthians 1:10-17). There were quarrels opposing groups in the apostolic church (I Corinthians 1:10-14). The Corinthian church, one of the two largest churches in the first century, was terribly and tragically divided, and there was even sexual immorality in that church (I Corinthians 5). Those believers had grievances against one another (I Corinthians 6). Does any of that sound familiar? The resurrected Lord, in His letter to the church at Ephesus, told them they had “left their first love” (Revelation 2:4). Read Christ’s complaints against the seven churches of Asia Minor, telling us all of them were far from perfect (Revelation 2 and 3).

Furthermore, as all of us know far to well, there are no perfect churches today; for we are the Church (the Church is people – the people of God), and none of us are perfect! However, we are “on the way” – on the journey – perfection is our goal at “the end” of the Christian life. The root of the Greek New Testament word for “perfection” is derived from “telos” meaning “the end.” Read the testimony of the Apostle Paul when he tells us he had not yet arrived but was “pressing on” in that direction, toward the prize (Philippians 3:12-15). The word “perfect,” as used in the epistles of the New Testament, simply means that all of us as believers should be “disciplined toward godliness” (i.e. “in training” for Christlikeness, which means perfection – II Timothy 2:14-26 and 3:10-17).

SO, THE FELLOWSHIP TO WHICH WE BELONG IS A FELLOWSHIP OF SINNERS. Sinners saved by grace – sinners who not only “are saved” but sinners who are “being saved.” Sinners who know that the day is coming when we “shall be saved,” when our salvation is completed (i.e. perfected, for we will finally be complete in Christ). Until then, my friends, let each of us keep pressing on, and persevering, keeping the faith, fighting the good fight (II Timothy 4:6-7). Remaining steadfast and immovable in our faith as members of the greatest fellowship on earth – the Body of Christ – still confessing our sins, but always thanking God that our sins are forgiven – for Christ has delivered us from the power and penalty of sin forever (no, not yet from the presence of sin, but that day is coming).

Let us never think of ourselves more highly than we ought to think, but let us never think of ourselves more lowly than we ought to think – for we are children of God. This does not mean we are sinless, with no faults, for all of us as believers are still frail, feeble human beings, but we have been redeemed by God!  We have been restored to the place for which we were made, our place in the family of God; we have “become children of God” because we have believed and received Jesus Christ, and that was by the “will of God” (John 1:12-13), by “grace” through faith (Ephesians 2:3-10). Nothing in all creation can ever separate us from the love of God in Christ Jesus our Lord; we belong to an immortal fellowship, now and forever, for we belong to Jesus.