A PLEA TO PASTORS: RESTORING A PASSION FOR PREACHING

The popular theme of the seminary where I received my initial theological education was “Preparing Men to Preach an Ancient Gospel to a Modern World.” Some who read this blog, knowing that I am a retired Presbyterian pastor, will realize immediately that this theme was before the ordination of women in the denomination to which I belong. I graduated in 1957 from Louisville Presbyterian Theological Seminary, and when I received another degree from LPTS that was still the theme of the seminary. The primary task of preparing candidates for ordination to The Ministry of the Word and Sacraments was preparing them to preach the gospel of Jesus Christ. However, in more recent years many seminarians have had little or no interest in preaching. They have not felt “called to preach”, but have felt called to do the work of ministry. This was true of our own son, who after receiving his undergraduate degree in social work continued his education in seminary to prepare for a career in church-based community organizing, later founding a ministry in Louisville called CLOUT (“Citizens of Louisville Organized and United Together”). Although he was ordained in the PC(USA), he seldom preaches. He is only one among many seminary graduates who have felt called to different forms of specialized ministry, but not to the pastoral ministry, including preaching.

Furthermore, while there has been a great revival of interest in worship in the past sixty years, since I was ordained, there has not been a corresponding revival of passion for preaching. In fact, some have even suggested, “scrap the sermon.” From my own lifetime as a pastor, I am confident the vast majority of church members do not feel this way, but many church professionals do not place preaching very high on their list of priorities. They are far more interested in new and more creative forms of worship, including liturgical forms. I would agree that this has long been needed, but I must confess I wish there was also a corresponding revival of interest in the preaching of the Gospel. Speaking for myself, I find this lack of zeal for preaching, especially preaching for a verdict, both curious and disturbing, especially in light of the New Testament’s emphasis on the primacy of preaching: “It has pleased God through the foolishness of preaching to save those who believe” (I Corinthians 1:21) — “For Christ did not send me to baptize, but to preach the gospel, and not with eloquent wisdom, so that the cross of Christ might not be emptied of its power” (I Cor. 1:17) — “Preach the word, be urgent in season and out of season…do the work of an evangelist” (I Timothy 4:2-5). 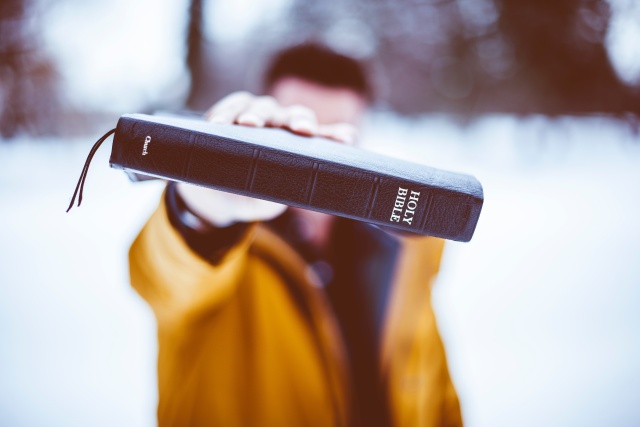 I find myself wondering if the decline of interest in preaching isn’t directly related to the loss of passion for evangelism, especially evangelistic preaching; not so much a sharing of our own “good views” from the pulpit of our churches, but rather proclaiming boldly the “Good News”, preaching this same ancient gospel of salvation to our modern world, without any embarrassment or apology, the same gospel the apostles preached, the only true gospel, as defined by the Apostle Paul in his Corinthian correspondence:  “Now I would remind you, brethren, in what terms I preached to you the gospel, which you received, in which you stand, by which you are saved, if you hold it fast, unless you believed in vain. For I delivered to you as of first importance what I also received, that Christ died for our sins, in accordance with the scriptures, that he was buried, that he was raised on the third day in accordance with the scriptures” (I Cor. 15:1-4).

The decline in such passionate preaching is seldom, if ever, mentioned among reasons given for the decline in membership in our so-called “main-line” denominations, which are rapidly becoming “side-line” denominations, while others that are more evangelistic are growing at a phenomenal rate both here and abroad. The loss of zeal for evangelism, including preaching that is centered on the heart of the gospel message of salvation, the cross and resurrection of Jesus Christ, should be given more serious consideration by those church leaders who are troubled by the decline and closing of so many churches, especially in the US and the UK. Who can deny that none of the studies that have been conducted to determine the reasons for this crisis, and for proposing more effective strategies for reversing this disturbing trend, and offering better methodologies for assimilating new people into the life and work of our churches, have been very successful? Isn’t it time to acknowledge that there are simply no suitable, satisfying, and successful substitutes for the passionate preaching of the gospel, for the purpose of bringing more people to faith in Jesus Christ, for reclaiming inactive members, and for transforming nominal church members into contagious Christians?

In past generations it was our major denominations, Methodist, Baptist, Presbyterians, Disciples of Christ, Lutherans, Episcopalians, Congregationalists, and others that were the result of the sixteenth century Protestant Reformation, that provided most of the great preachers of the gospel, but for the most part are not doing so now. Yes, there is a lot of preaching every Lord’s Day, but how much of it is evangelistic preaching (i.e. preaching for a verdict, preaching for the purpose of conversion, and for consecration to Christ and His mission in the world)? So much contemporary preaching is more crisis-centered than Christ-centered, focusing on issues that are more political and polarizing, more disruptive and divisive, than on the things that are “of first importance”, things that are for the purpose of building up the Body of Christ. This modern world desperately needs to hear his ancient and authentic gospel, for it is a gospel of pardon, a gospel of purpose, a gospel of power, and a gospel of peace. Is there anything our world needs more?

To be sure, we must take the social implications of the gospel seriously, but we pastors must not forget the difference between “kerygma” (proclamation) and “didache” (teaching), to make the distinction between those issues that are best suited for the classroom and those great biblical themes that are the most appropriate, and will be the most appealing, sermonic material. Issues that are controversial and potentially disruptive, should be discussed in a setting where there is ample time for discussion and debate. The church at worship does not provide that opportunity, but the educational ministry of the church does afford time for “talk back” sessions, which should be carefully and prayerfully designed to allow disagreement without being disagreeable, diversity without being divisive, for we pastors are responsible for maintaining the peace and unity of the church.

Sadly, those of us in Christ’s Church today are in the habit of labeling one another, “liberals”, “fundamentalists”, “conservatives”, “charismatics”, etc. Those who consider themselves “liberals” often want to leave evangelism to the “evangelicals”, and those who accept the label  “evangelical” are too often more than willing to let the “liberals” preach the so-called “social gospel” while they proclaim the “personal gospel.” The problem is, there are not two gospels! There is only one gospel, with both personal and social implications and applications. Those of us who are called to preach must include both dimensions of the gospel when choosing themes for our preaching ministry.

However, my appeal at this critical time in the history of Christ’s Church is for more evangelistic preaching, which at its best has as its objective life-changing decisions on the part of those who “have ears to hear.” Conversion is another word for it, which is unfortunately another good word that has now fallen into disrepute among many leaders in the Body of Christ today, for they equate it with emotionalism. However, nothing great was ever accomplished without emotion, and this includes great preaching. Of course, we must not confuse emotion with “emotionalism”, which brings to mind all kinds of excesses that need to be avoided. But it is unfortunate that too many go to the opposite extreme and mistake an arid intellectualism, with very little emotion and even less enthusiasm, with great preaching. It matters, of course, which emotions are appealed to. Few preachers in our major denominations in the twenty-first century would play upon the fears of people, like many preachers in the 1800’s, as in “Sinners in the Hands of an Angry God.”  However, we dare not reject the rightful place of healthy fear in preaching, or neglect preaching on the wrath of God, which is the flipside of God’s love.  Yes, God hates sin. Yes, God condemned sin the death of Jesus on the cross. Yes, a day of judgment is coming. “Do not be deceived, God is not mocked, for you will reap whatever you sow. If you sow to your own flesh, you will reap corruption from the flesh; but if you sow to the Spirit, you will reap eternal life from the Spirit” (Galatians 6:7-8).

The best kind of evangelistic preaching has always appealed to the emotions — love, joy, tenderness, devotion (whoever heard of devotion without emotion), gratitude, faithfulness, empathy, loyalty, courage, anger (the right kind of anger: anger at injustice, anger at abuse, anger at violence, anger at racism, anger at oppression, anger at corruption, anger at greed, etc.). Great preaching has very little to do with bare intellectual assent or acceptance, but has much more to do with love for God, and love for others with faithfulness and devotion to God, and to others, with caring and sharing, with service and sacrifice, with character and conduct, with courage and endurance, with faith and hope, with serenity and contentment. Yes, we must love God with all our mind, but we must also love God with all our heart! Yes, you don’t have to park your brains to be a Christian, but neither do you have to closet your emotions; and great preaching never lacks this appeal to healthy emotions, this warmth, this tug upon the heart no less than an appeal to the intellect.