There is a Time for Every Matter Under Heaven

The author of the book of Ecclesiastes in the Old Testament shares his conviction that “For everything there is a season and a time for every matter under heaven” (Eccles. 3:1). The author is known as “The Preacher,” and he tells his readers that God has so fashioned the human mind that it can never fully understand the ways of God, what God has done, is doing, and will do. Human beings can only stand in awe and wonder before God’s mystery and mastery, before God’s absolute control of the “times and seasons” of life, for He is the life giver and the One who designed time as we know it. Furthermore, God has not abdicated His sovereignty, but has rather determined a time for every matter under heaven (i.e. on earth, and in our lives on earth): “…a time to be born, and a time to die… a time to weep and a time to laugh, a time to mourn and a time to dance…a time to win and a time to lose…a time to keep and a time to throw away…a time to keep silence and a time to speak…a time to love and a time to hate…He has made everything suitable for its time, moreover he has put a sense of past and future into our minds, and yet we cannot find out what God has done from the beginning to the end” (Eccles. 2-11, selected verses). 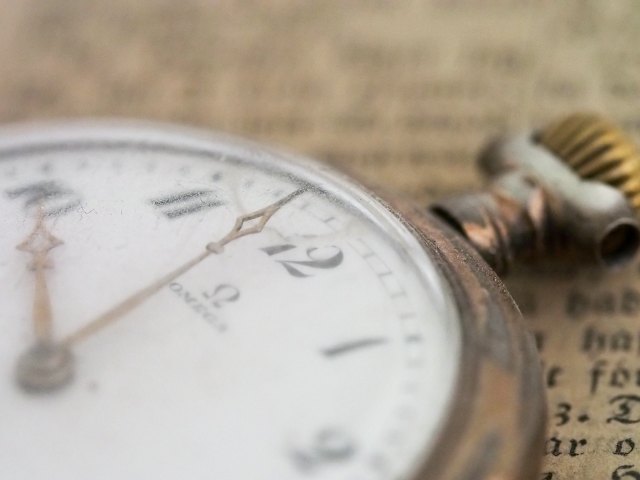 Those who have been following my blog posts know that I have been sharing my conviction that God has pre-determined the most important events in my own life, and my confidence that nothing has happened in my life, “from the beginning”  has taken God by surprise, and nothing will happen “to the end” without His knowledge.  For God is all-knowing, and I believe as the psalmist believed that God’s all-seeing eye was upon me even before my birth, when “my unformed substance” was still in my mother’s womb (Psalm 139). I have been sharing in my previous posts a few of the most important and formative events in my own childhood and youth, which could not have been “coincidences,” but were rather what I have identified as GOD-INCIDENTS (i.e. happenings that I simply could not explain apart from God, which is also a pretty good definition of what we call  “miracles”).

I fully realize there are many skeptics, even some Christians, who find it difficult to believe in the miraculous. They have convinced themselves that belief in miracles is not really rational in this scientific age. Those who take this position, but still consider themselves to be believers (much like the “deists” of the eighteenth century, but prefer the label “theists” today), have settled for a god who does not speak (a god who has been “gagged”), and a god who has been “barred” from his creation (i.e. a god who does not interfere or intervene in his creation, or in our personal lives). Therefore, they cannot believe in the incarnation, the Word “made flesh” and dwelling among us “full of grace and truth,”  John 1:14). They do not believe that “all the fullness of God” was actually dwelling in the historical Jesus (Colossians 1:9). They do not believe that Jesus of Nazareth, the Man of Galilee, was both fully God and fully man. They do not believe in a “down-to-earth” God, who actually visited this planet in human form (Philippians 2:7). In other words, they take their theological paring knives and carve the very heart out of the Gospel!

Therefore, it should come as no surprise that these skeptics, many of whom are still looking for the “real Jesus,” do not really accept the Jesus of the gospels (i.e. the Jesus we meet in Matthew, Mark, Luke, and John), the Jesus who turned water into wine, who made paralytics walk, who multiplied a few fish and a loaf of bread to feed a multitude, who cleansed lepers, who freed the demon possessed, who calmed a storm on the Sea of Galilee, who even brought life out of death by raising Lazarus and a widow’s son). However, there are many intellectual giants, including some pure scientists, who do believe in miracles, who see no real conflict or contradiction between science and religion. Most of them know that theology has for centuries been considered the “Queen of the sciences.”  Furthermore, let all true believers proclaim without any apology or embarrassment that God created all these other sciences, such as astronomy and archaeology. All that the natural sciences have been able to discover and make known such things as the existence of atoms, protons, neutrons, as well as other subatomic particles, as well as the existence of so many other planets in our own solar system, even making known the possibility of other “universes” – all that these natural sciences have discovered already existed, but had been hidden for generations, waiting to be revealed and made known.

Just as the initiative was with God in creation, so the initiative is always with God in making His power and presence known. Just as God initiated everything involved with the creation of the heavens and the earth, so the initiative has always been with God in the story of salvation. Following “the Fall” (Genesis 3:1-24), it was not Adam seeking God; it was God seeking Adam. It was not God hiding from Adam and Eve in the Garden of Eden; it was Adam and Eve hiding from God. It was not Adam crying out, “Where are you, God? It was God asking,”Where are you, Adam?” (Genesis 3:9). Furthermore, the God who created is the God who is still creating, still seeking, still calling, still making His power and presence known to His chosen people. For all who believe this, it is not difficult at all to believe in the miraculous, for God is still at work in the whole of His creation, and in the lives of all those He has chosen to use in His great cosmic plan.

Even more, we need to understand that belief in “miracles” is really essential to our faith as Christians, including belief in the incarnation, belief in the atoning death of Jesus (the One without sin, destined to become our “sin bearer,” dying for the salvation of all sinners), belief in the bodily resurrection of Jesus, rather than trying to spiritualize that event (just saying we still experience the presence of Jesus in our lives today, just as His followers did after His death, but not really believing He was actually physically raised from the dead, that His body was miraculously transformed, leaving the graveclothes behind in the tomb as John reports in his gospel), and therefore not accepting the gospel accounts of His physical appearances after His death and burial, and His victory over death as well as victory over sin and suffering. These miraculous events are among the beliefs that are essential to Christianity (i.e. orthodox Christianity, biblical Christianity), but are doctrinal issues which most closed-minded critics do not consider essential. Why? Simply because they do not believe that the historical Jesus, and the risen Christ of the Easter story in the gospels, are one and the same person(actually the same Jesus), both fully man and fully God, the visible manifestation of the invisible God; not only the agent of God in creation, but also the One who holds it all together (Colossians 1:15-17), and the One toward whom the whole creation is moving day by day, and in whom the whole created order will ultimately be united (Ephesians 1:8-10).

God’s ways are simply “higher than our ways” (Isaiah 55:9), and God has made the wisdom of this world foolish when it comes to so many inexplicable events, not just those mighty acts of God recorded in scripture, but also the miraculous happenings in the lives of believers today. This brings us right back to some of the experiences in my own life that I am sharing in this series of posts under the same theme, “COINCIDENCES OR GOD-INCIDENTS?”

I have already related how my dying maternal grandmother called for me and prayed for me before her death, saying this following her prayer, “You’re going to be my little preacher.” It is important to understand the difference between “predictions” and “prophecies” – predictions seldom come true, although “the law of averages” will often allow some predictions to be fulfilled, helping to make these self-proclaimed “psychics” famous for they become known as people who are able to foretell the future. On the other hand, genuine “prophecies” always come true, for they are God given, by revelation, to servants of God who have the “gift of prophecy” (I Corinthians 12:8-10).

My grandmother,”Deedee,” was given the gift of prophecy and “discernment” (I Cor. 12:10), delivering a prophecy which was destined to come true in the “fullness of time”  in my own life. Although many may not consider such a small event a real “miracle,” it was one of those happenings that is hard to explain apart from an all-knowing and wonder-working God. I am sure my grandmother would not have considered herself a prophet, but in “the fullness of time” her words came true. I was licensed to preach at nineteen years of age and became a candidate for ordination. I enrolled at Kentucky College, began dating my future wife, and found myself wondering what additional amazing experiences were yet to come. Then something totally unexpected happened. The District Superintendent of the Frankfort District in the Kentucky Conference of the Methodist Church called and asked me if I would be interested in serving as the student-pastor of a small church. I had no preaching experience. However, when Dr. Vogel gave me the name of the church, I knew immediately that was not just his invitation, but had to be God’s appointment. Why? Because it was Smithfield Methodist Church, where my great-grandparents were members for so many years, where my maternal grandmother was baptized and confirmed in her faith (yes, the very same grandmother who had prayed for me when I was five years old, who had been used by God’s chosen instrument to prophesy that I was destined to become a preacher).

Do you think that was a coincidence? Can you possibly believe that particular church, of all churches, was to become the launching pad for my ministry, the first church I would serve, where I would “practice preaching,” where I would be encouraged and affirmed in my preparation for ordination, the church where Norma and I would be lovingly supported when we were just beginning to learn how to live by faith, to trust God completely as we prepared for marriage with practically no financial resources? Or is it more reasonable to believe that God had orchestrated the whole process that had brought us to that place in “the fullness of time” – that God was actually the “Conductor,” the One who had even prepared the score far in advance of our arrival, the One who was still in charge, and the One under whose direction a harmonious concert of praise would result?